Games to flex your problem-solving skills

All the complex mechanics that today’s games use are based on board games. They all require specific logic and thought patterns. Also known as brain games, these put the player in a situation that develops valuable life skills. Some of those skills involve thinking a few steps ahead and patiently waiting for the best possible move.

Similar to the past, people still include skill tests in games. In this way, the experience is attractive and stimulating at the same time.
Feel free to dive into our selection of games that focus on improving problem-solving skills. 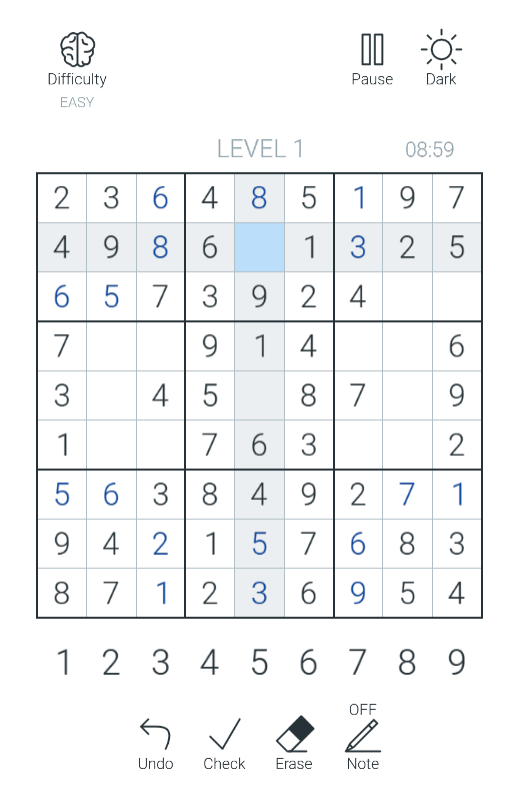 Sudoku stands for ’the numerals must remain single’. Numbers relate to mathematics, rational thinking, and logic. In this situation, you’d recommend this game to people that have such qualities innate in themselves. Well, you’re not quite right.

Sudoku masters are not born, they are made in the process. Sure, it helps people with skills like deductive logic, but if you want to get good at Sudoku, all you must do is put the effort.

This version of the game is the standard version that you’d once find on paper. You can easily hand it to your grandparents, and they’d engage no problems whatsoever. What sits at the core of the game is the situation that it puts you in – the search for a solution. I’d recommend similar games to anyone who feels he is not logical enough in his daily decisions because brain games have a practical use. 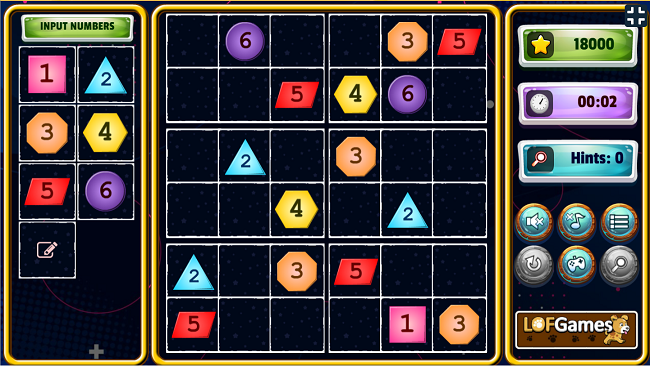 Consider Shapes Sudoku as the tutorial to the real deal. This installment can fluently teach people how to play Sudoku. What’s more, it slowly increases the difficulty so that the player gets familiar with the gameplay. It’s not a coincidence that this one contains not only numbers but also geometric forms and colors. This feature helps the player memorize numbers and his brain wanders less.

Do not let the fact that it’s easier set you down. The best Sudoku players have taken a fun game and increased their skill in the future. You don’t need to be a champion to exercise your brain.
It’s like going to the gym for the first time. You aren’t going to lift a lot because it takes persistence, not just a one-time exercise.

As with anything, make it a part of your routine, and you will see that anything is possible with just a little effort. 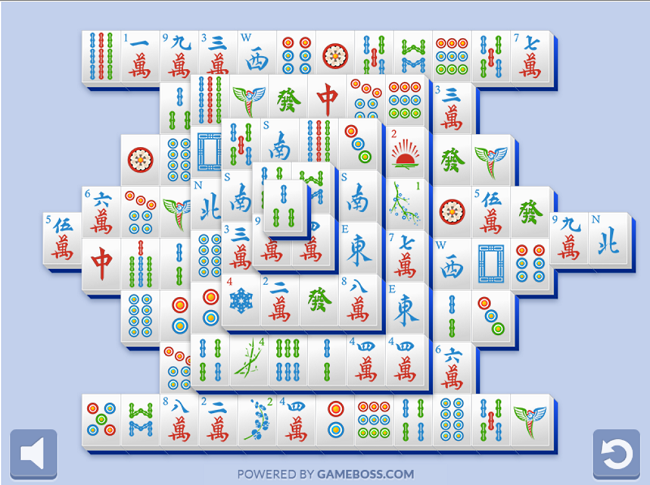 To those who don’t know, Mahjong is a board game that originates from China.

It consists of 144 tiles based on Chinese characters and shares similarities with Solitaire. The goal is to clear the whole table by matching each tile with its twin. The game might end sooner than you expect if you run out of matching options, so our advice is to scan and plan your moves. Play smart, have fun, and you might even learn something in Chinese, who knows.

We’d suggest Mahjong because it has an entertaining gameplay and is easy to get hooked on. 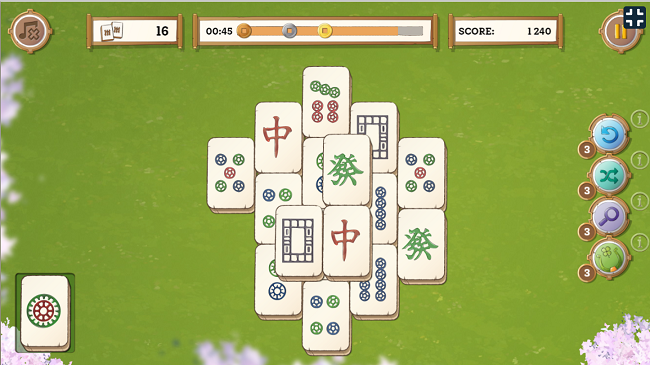 I was surprised to find out that Classic Mahjong is not everyone’s cup of tea, especially not for newcomers to brain games.

This is where Mahjong Quest steps in. It is divided into different levels that help you get the hang of how the game works. Starting with easier levels, it shows the game’s dynamics and helps exercise your brain step-by-step.

What’s more, like physical exercise, it awakens the body and enhances energy levels. Puzzles require attention, force the player to solve problems and calm the mind at the same time. Instead of burning mental energy in social media, use your break doing something that will help you later in life. 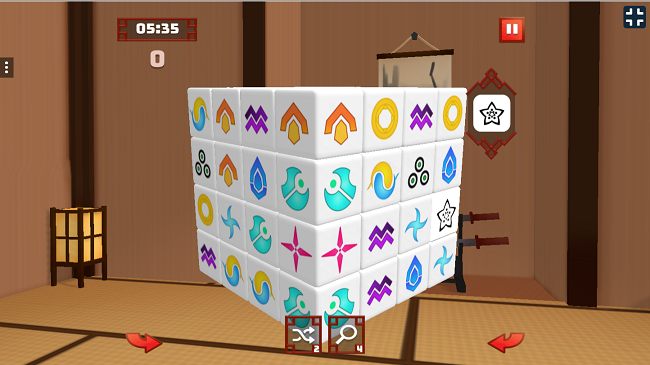 Now, Mahjong 3D is something different. I can’t say it’s particularly easier or more difficult, it’s just something different. The 3D figure reminds you of Rubik’s Cube. What it does is give you more perspective when it comes to tiles’ movement.
As the player rotates the cube, he can see why his tile can’t still be used. It’s like geometry in high school plus you also learn a thing or two about what’s possible in 3D space if you think about it.

Healthwise, people that play puzzle games report to have improved their sleep. This is proof that our brain is built to crave patterns and repetition because similar exercises promote a healthy mind. We must remind ourselves that we are natural beings who don’t need entertaining addictions but routines. And with routines and healthy activities, your whole performance and feel are top-notch.

Games of this kind support brain activity and engagement which is key to life longevity.