PlayOrDown • Blog • The Influences Behind Pac-Man

Back in the 1970s, gaming was nowhere near as popular as today. A lot of kids had Atari consoles, and there were arcades already open in many of the bigger towns, but there were barely any games that stood out as the “face” of gaming at that time.

Things took a drastic turn in the mid-1980, though. On the 22nd of May, 1980, gaming was introduced to a whole new face that was about to change everything. It was a yellow, round face that’s impossible to mistake for anything else nowadays – the face of Pac-Man.

Many people didn’t know it back then, but Pac-Man would turn into the standard of gaming in that time period. It would become impossible to walk into an arcade and not see a line of kids and teens waiting to play Pac-Man.

It’s impossible to deny the influence of Pac-Man, and we can easily see it, as there were knock-off games that emerged during the height of the game’s popularity. Many modern games are clearly influenced by Pac-Man, too, as there are plenty of new titles that use power-ups and cut-scenes – Pac-Man was one of the first games to introduce these features.

What Inspired the Inspiration?

Many people are unaware that Pac-Man itself was inspired by an eclectic selection of pop culture sources.
Starting from the character’s appearance, Namco game designer Toru Iwatani has previously stated that his shape was inspired by a pizza with a slice missing. The game was always planned to include eating food, with the reasoning being that there’s nothing more universal than people loving to munch. And with there being so much eating included in the title, why not base the main character on a type of food?

There’s also an inspiration behind Pac-Man eating objects and powering up from them – the novel idea came from the classic cartoon Popeye. He would eat an entire can of spinach to instantly strengthen his muscles and become immeasurably stronger in the animation.

How About the Game’s Antagonists?

The ghosts chasing Pac-Man are some of the most recognizable villains in video game history. They’re infamous for continuously chasing Pac-Man from level to level and never giving up. The only way to temporarily stop them is for the game’s round protagonist to get powered up and then eat the ghosts.

According to Toru Iwatani, the ghosts were based on a Japanese manga named Little Ghost Q-Taro, which the designer had apparently read when he was a child. Another inspiration behind the ghosts was Casper the Friendly Ghost.

The aim was to design the ghosts to be kid-friendly and not scary, which is why they were created in a cute style, and they took inspiration from children’s shows and comics.

What About the Other Inspirations?

We know about the inspirations behind the character’s appearances, but what about other aspects of the game? 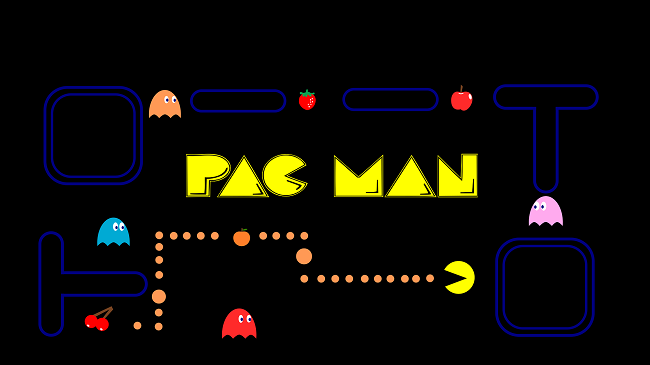 The classic sound effect that Pac-Man makes while traversing the maze has a unique story behind it – it was modeled on the sound that we make while eating fruit. The sound is based on the Japanese mimetic words “Paku Paku,” which are commonly used to describe food. We can actually hear these words with every move Pac-Man makes if we pay close attention while playing.

There’s also an inspiration for the ghosts chasing Pac-Man, and it’s one that a lot of us can relate to, thanks to our childhood. The relationship between the ghosts and the main character is based on the classic children’s cartoon Tom and Jerry. They’re supposed to be put up against each other in a superficial way that inspires no ill feelings.

Pac-Man is now over 40 years old, and some of its inspirations are getting close to turning a century old. Although the game became popular back in the 80s, it’s still one of the most influential and popular arcade games to this day.

If you’re still a fan of Pac-Man to this day, you can play the classic game on PlayOrDown. There are multiple versions of the title, and you can freely choose which one you prefer. The games are all free-to-play, don’t require an account, and don’t need to be downloaded. Check out our catalog of Pac-Man games!