Pac-Man was released over 40 years ago, but the game is still a favorite among many gamers. It’s an iconic and fun game that has had a significant cultural impact, thanks to its fantastic design that perfectly combines mechanics, controls, graphics, and sound.

The sound design is an aspect that often gets overlooked, but it’s one of the essential elements of the game. Pac-Man has sound effects that everyone could recognize, with the character’s “waka-waka” sound being one of the most iconic audio chops in gaming history. Even though the game’s sound effects are simple, they’re enormously effective at giving life to the gameplay.

Using Rhythm to Dictate the Flow of the Game

Pac-Man is one of the few games where attaining a perfect score is possible. Reaching such heights requires the player to have put in countless hours of practice and to have a near-perfect familiarity with the levels.

Once a player has achieved all these pre-requirements, they can enter a trance-like state of expert performance, which many players and athletes refer to as “being in the zone” or “flow.”

Reaching a state of “flow” can be tricky, though. Some players have a hard time entering this zen-like state, and they can easily snap out of it if they get distracted by their environment. This is why Pac-Man’s sound design is so effective – the game uses sound to signify what’s happening in the game in real-time. This makes it much easier for players to get in “the zone” since the audio helps them focus on the game and avoid distractions.

Setting a Trend of Transformative Sounds

Pac-Man provides the player with a flowing stream of sounds that depict what’s happening in the game – PacMan’s “waka-waka” sound signifies movement, the ghosts retreating to their pen after the protagonist eats a fruit power-up signifies safety, etc. 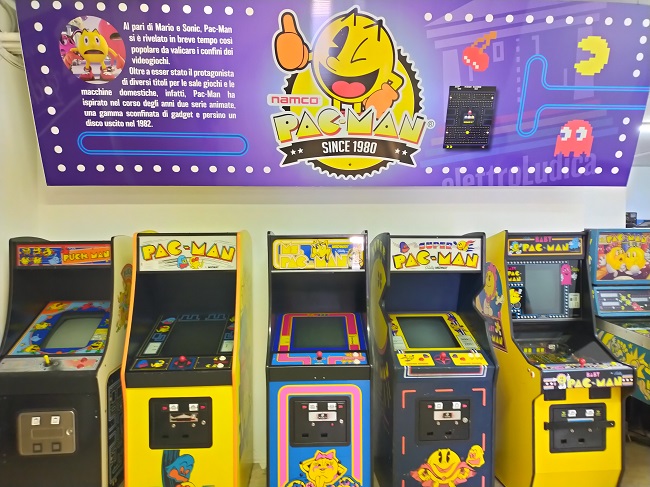 Transformative sound helps the players mentally switch gears and quickly react to the change in circumstances. Although the sound effect isn’t musical in its nature, it works the same way as a character’s theme song in a cartoon kicking in – you know that the protagonist is about to beat everyone. This type of sound design plays on the player’s emotional state as it gives a sense of empowerment.

Pac-Man was developed and released over 40 years ago – at a time when arcade games were only beginning to garner attention and game developers had many technical limitations. For its time, the game uses a lot of innovative technical specifications in order to provide players with a quality experience.
With that in mind, if we compare Pac-Man’s audio to contemporary game sound design, it sounds quite primitive and amateur. That’s what makes the game so brilliant, as the developers created effective, unique sound design that enhances the gameplay, even though they had limited resources. 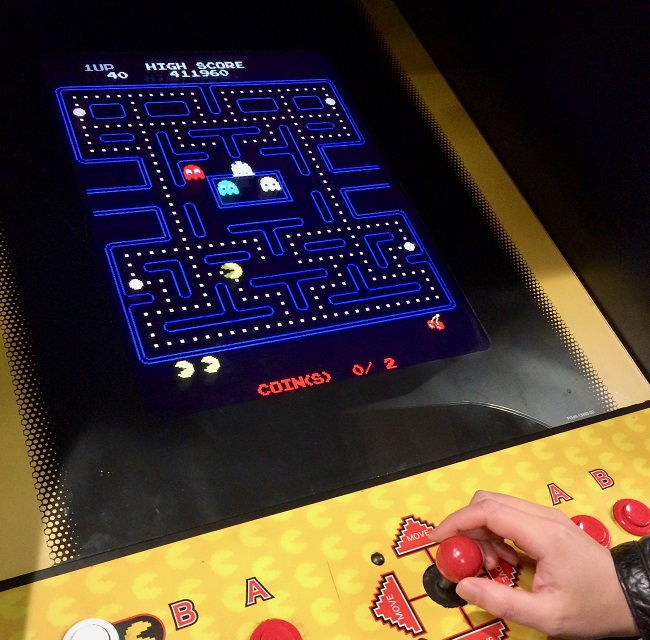 The game does have some slight differences in audio design when compared between platforms, but the core remains the same. Modern games have a lot more options when it comes to creating sound design, but Pac-Man proves that the most important aspect is creating audio that enhances gameplay and helps the player adjust to changes.

The way in which the game uses timing and transformative sound was groundbreaking back in the 1980s, and it laid the foundations for contemporary sound design.

Pac-Man might be over 40 years old, but the game has never stopped being popular. There are countless versions being produced year after year, with them only slightly enhancing the classic game and the fundamentals never changing.

If you want to play the classic Pac-Man arcade game, classic sound design included, PlayOrDown has the game in its catalog. We also have plenty of other Pac-Man games that you can play online for free!