The games of Solitaire focus on patience and strategy. As the alternative name of the game suggests (“Patience”) when playing, it is all about careful planning.

Check out our top five choices of card games to play online below. 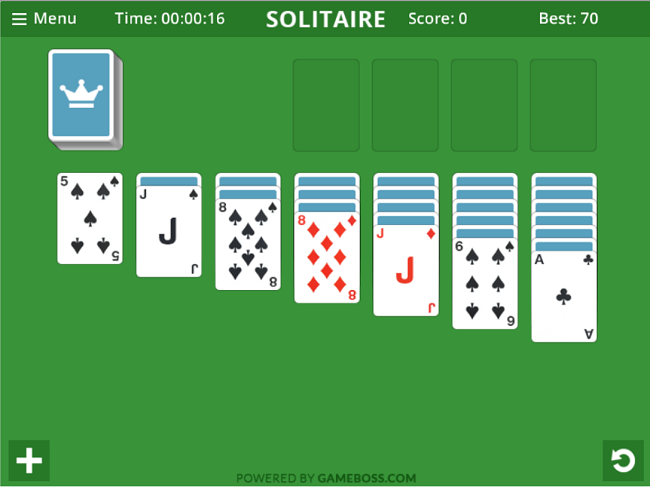 Klondike is the most well-known solitaire game. Whenever somebody mentions Solitaire, this is the version it comes to everyone’s mind. It is named after the gold rush in Klondike in the late 19th century. What’s great about it is that it keeps away boredom in a way that practices brain activity. Another fact is that card games like this can be great practice for when playing with friends. It practices your skill of predicting and observing cards in the game. That serves as a good dry run for many other card games. Along with Minesweeper, this one helped revolutionize office culture.

Apart from its difficulty, with some practice, the game can increase your level of attention and logical thinking. 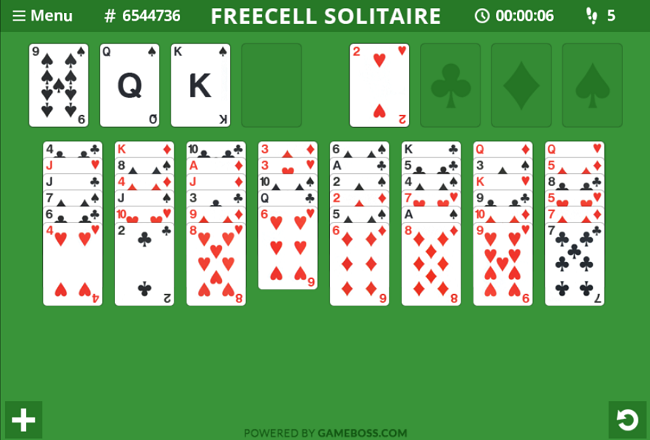 This version of Solitaire is a bit different than the Klondike one. The purpose of the creator was to remove the shuffling of cards. Here no cards are hidden from the player.

FreeCell is the game that played a major role in introducing computer functions to the mass population in the 90s.

Similar to chess, its gameplay challenges the player to exercise logic, develop recognition of patterns, and test memory. Your chances of winning will be higher if you plan your moves. Just like in real life, being able to wait and not want things done instantly is essential. 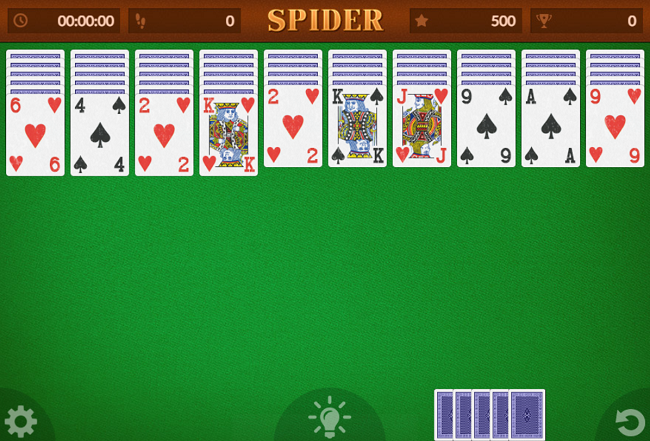 Spider Solitaire is considered an advanced take on Solitaire. Although Klondike is most popular, this one comes second fame-wise. In the early days of computers, there was only Spider Solitaire, Klondike, and FreeCell that you could find in your town.

What is of importance is that the game gives you alone time – to reflect by yourself. Even if you’re an extrovert, you still need time to let all daily happenings sink in. Self-reflection is a valuable skill and an important part of mental health. Time spent alone is a time where your brain can unwind from processing other people’s opinions. 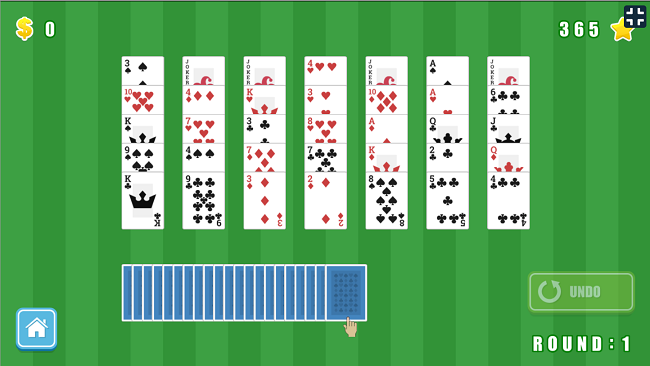 By far the easiest one out of our list, Golf Solitaire offers players light strategic gameplay while still allowing more advanced players to practice their tactical moves. This one, you can play focused or while your brain is switched off. It’s a great time killer and an office worker favorite. This version is great for just observing the game’s flow and patiently making your way to that five-card combo that will open your Tableau’s opportunities. Just like Golf, this one is all about the momentum you open up until you can make a one-in strike.

You can hand this over to your children if you want to teach them how to play as well. It’s a great introduction to card games for anyone that has no experience and wants to get started. 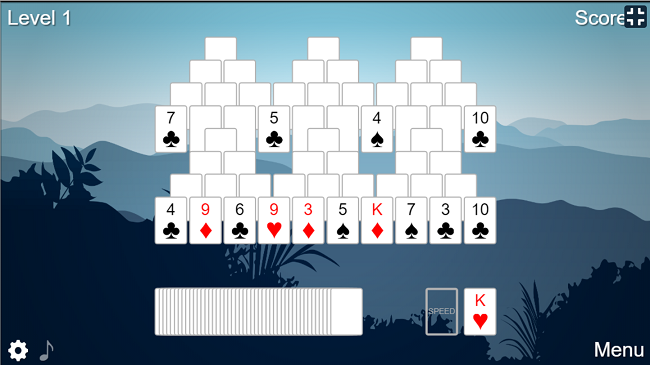 This one is an advanced take on TriPeaks Solitaire . Judging by its name, its Tableaus contain Six Peaks and tens of other options to test your skills. It uses the ruleset of Golf. It is mostly about turning all face-down cards up as quickly as possible.

What’s great is that it helps to calm your mind and improves mental functions. The game gives you a great way to break up the tension and help you cope with stress. At the same time, it teaches delayed gratification, which is handy not only in personal relationships but in business or work decisions. You’d be surprised most people don’t learn this skill early in life.

All in all, Solitaire games are a clever way of killing time in the office or while being stuck somewhere. The reason is that it trains your brain in strategic decision-making. That helps develop it to consider all facts in a situation before taking action. If you are a beginner, we’d recommend you try Golf Solitaire, or if you are a complete Ace, you can try Spider Solitaire.

We mustn’t forget that, above all reasons, just playing Solitaire is fun. The primary part it feeds in you is the one that desires happiness, especially when you win. That’s why the game is stuck around for so much time.