Mahjong Battles Egypt is a free-to-play Ancient Egypt-themed Mahjong game. The game doesn’t use the traditional single-player challenges Mahjong typically has and instead, it focuses on a competitive versus mode. Every game, you have an opponent you’re playing against to clear the board, with each tile you match being worth a certain amount of points. Once you’ve cleared the gameboard, the player with the higher number of points wins. 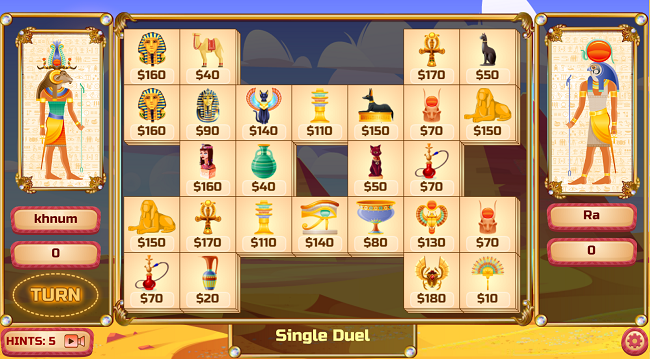 The game also features multiple competitive game modes, including playing versus a friend on the same device, which is a great way to test your Mahjong skills against each other.

Keep track of the numbers

When you’re clearing the gameboard in Mahjong Battles Egypt, you’ll notice that each tile is worth a certain amount of money. These are the points you earn for collecting these tiles. If you match two tiles worth $120 each, you’re going to earn 240 points. The game keeps track of your points tally. At the end of the round, the winner is determined based on who has the higher points tally. 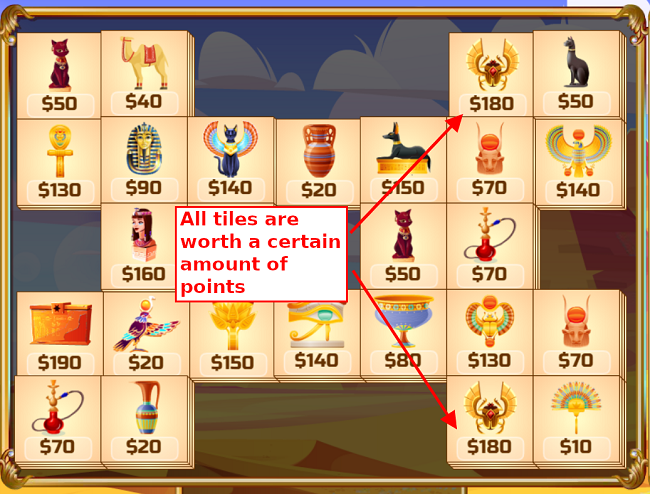 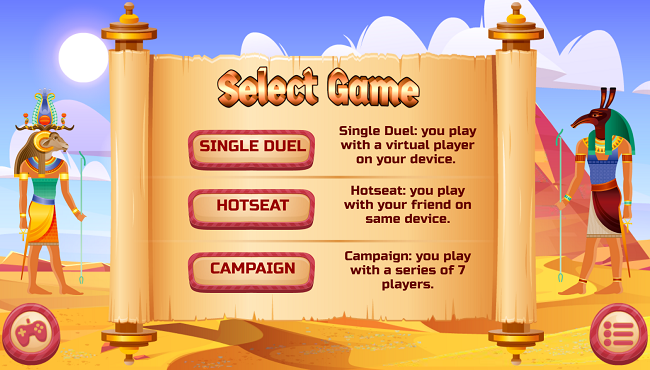 Similar to classic Mahjong, there are conditions in which way you can move your tiles. You can only match tiles if both of them can move in at least one direction – up, down, left, or right. Planning your moves is essential so that you can match the pieces that are worth more points and win the game. Mahjong Battles Egypt requires top-notch analytical skills and planning. This game is a great way to test your Mahjong skills!

If you want to get better at Mahjong, our main game page features some fantastic tricks to help improve your game skills.