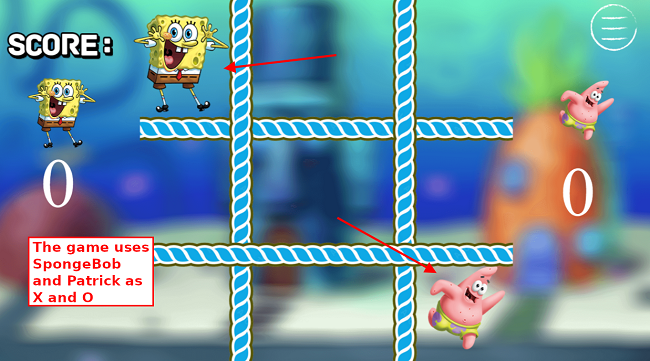 The game tracks your score, so you can keep playing and proving to your opponent who’s the better Tic Tac Toe player – SpongeBob or Patrick. The game uses the basic rules, so the gameplay is as simple as ever!

Simple Graphics That Fans of the Show Will Appreciate 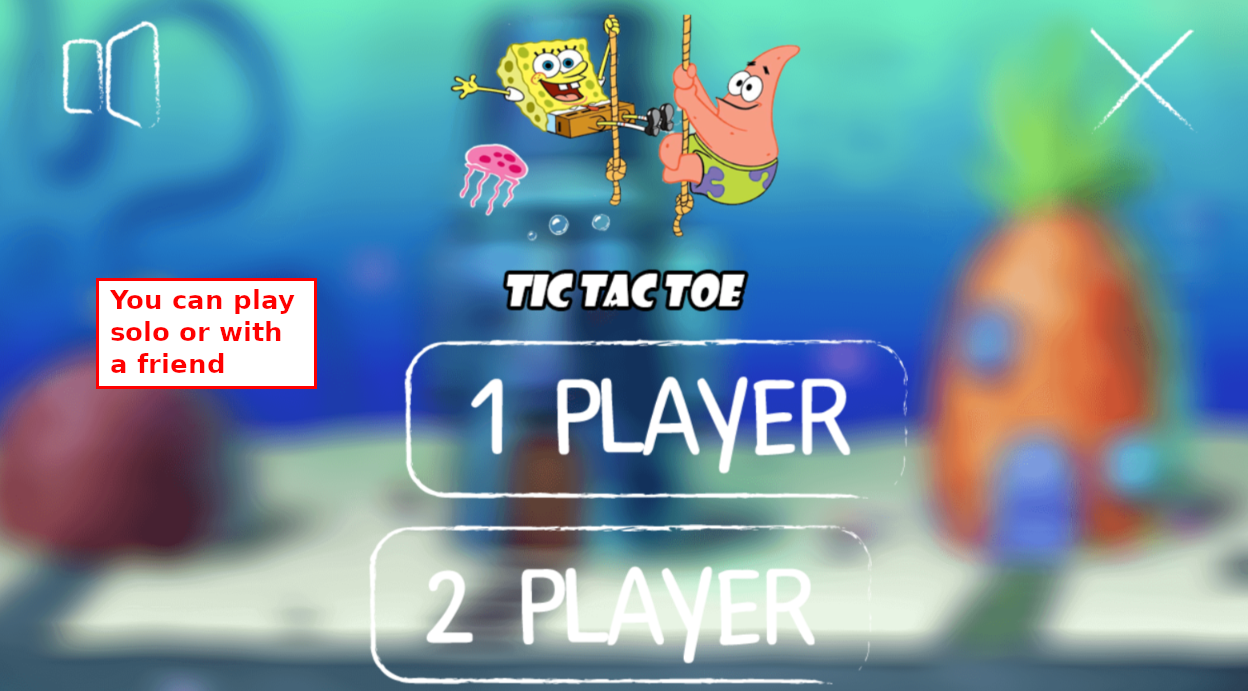 Once you start playing the game, you will quickly notice that you’re using SpongeBob and Patrick as the X and O. This helps identify which player is using which character and helps you immerse yourself in the show.

The main goal of SpongeBob Tic Tac Toe is to prove which character of the two is the better player. This is why the graphics are inspired by the show and why you play as the two main characters. 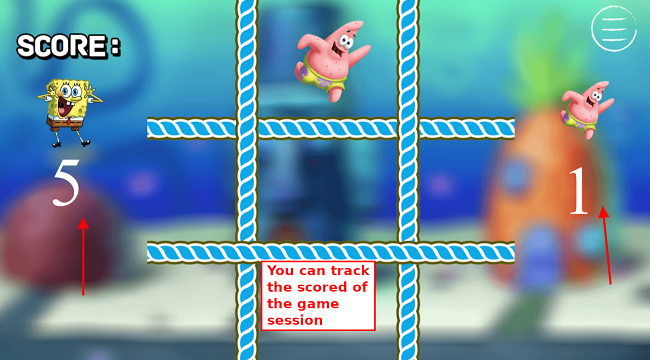 You can play the game as much as you want – with a friend or solo. While playing, the score is tracked on the two sides of the gameboard. You have SpongeBob’s score on the left and Patrick’s score on the right. Once you feel you’re done with playing, you can say which character is the best at Tic Tac Toe!

The best way to win Tic Tac Toe is to use the best strategies. If you want to learn these strategies, check out our main game page for Tic Tac Toe!