Xmas Sudoku Deluxe is a great game for introducing children to the classic game Sudoku. The game features simplistic, cartoony graphics, and instead of numbers, it uses characters to fill the grids. Additionally, the grids are smaller, and there are four 2×2 grids instead of nine 3×3 grids. 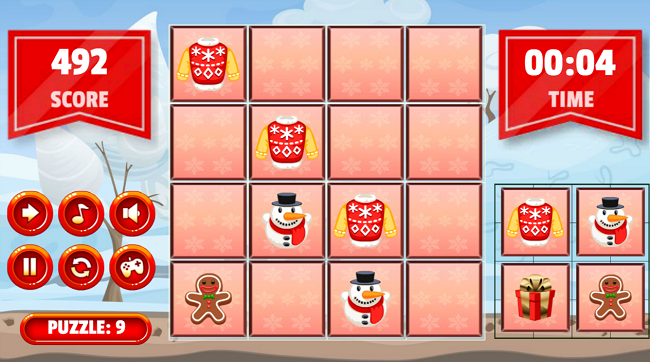 This children-friendly version of the game also makes it easier to complete the grids, as you don’t need to make sure that the characters are unique in the 2×2 grids, only horizontally and vertically.

The game has an arcade-style level system and some helpful features that newbie players can use whenever they get stuck.

Xmas Sudoku Deluxe features backgrounds and characters inspired by Christmas. The game is all about how quickly you can finish a level, as your score is determined by how many seconds you took to win. You start every level with 500 points and lose 2 points for every second you take. 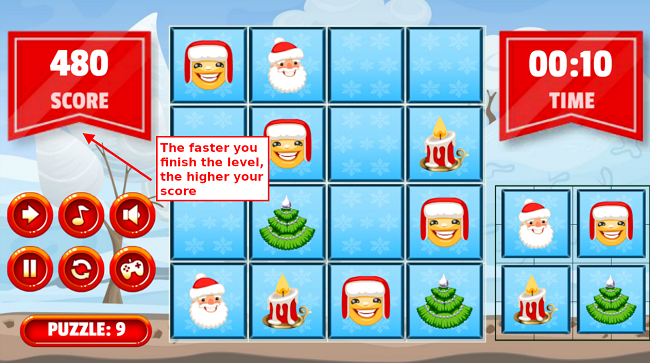 The board is made of four 2×2 grids that all combine to make up a big 4×4 grid. You need to have one of every character in every line of the grid, both horizontally and vertically. Once you complete the grid, you finish the level.

You Can Get Stuck

Even though Xmas Sudoku Deluxe is an easier version of the classic game, you can still get stuck if you make the wrong move. If you end up placing your characters in a way that you can’t finish the board, you can’t undo it. 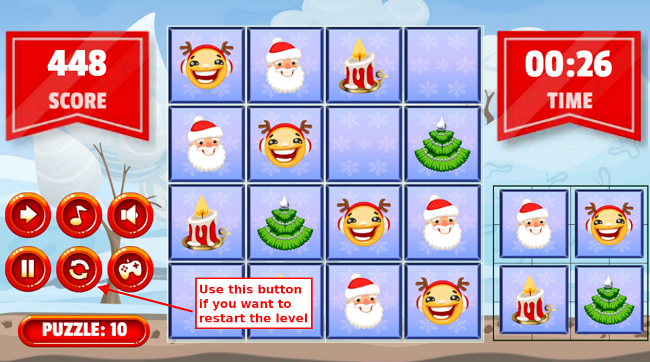 The game does have a very helpful mechanic, though – the “Redo” button. You can press this button to start the level from scratch with a new board instead of losing and starting from level 1.
If you stop playing without losing, you can later return and continue from the highest level you reached.

There are plenty of unique Sudoku games on the internet – if you’re looking for a Sudoku title to test your skills, check out our rich catalog of games!