Sudoku Masters is one of the best games to prove your skills as a player. The game features four game modes of varying difficulty, and it plays like an arcade game – you start from level 1 and progress as far as you can.

You are free to change your difficulty at any time, and there are some tools that will help you solve the grid. There is no score, and instead, there’s a timer that tracks how quickly you managed to solve a puzzle. 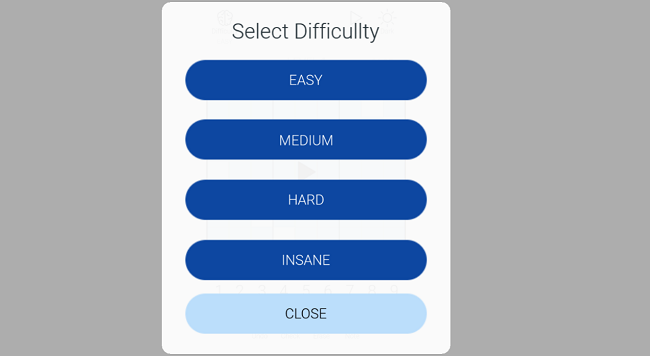 This version of Sudoku allows you to switch between Light and Dark Mode, which is helpful for your eyes not tiring out.

Sudoku Masters has four difficulty levels that you can choose between – Easy, Medium, Hard, and Insane. Each one is much harder than the previous one. The game plays like an arcade game, meaning that once you manage to beat a level, you move on to the next one. 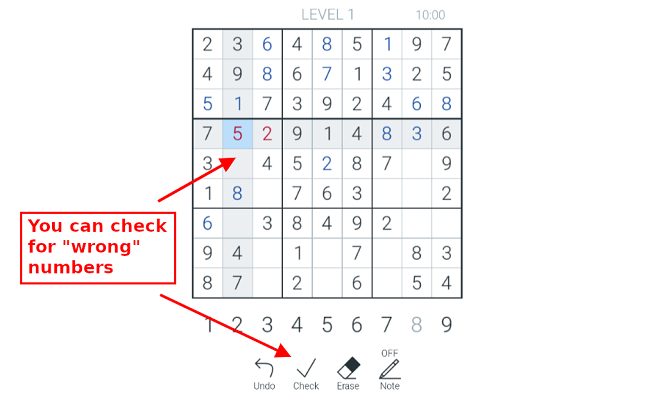 The game also has a helpful mechanic with which you can check whether you’ve put the correct number in the right box. Whenever you press the “Check” button, the game will highlight the wrong numbers in red, which is helpful for finding mistakes and correcting them.

There’s also a “Note” function that you can use to leave notes for future moves.

Sudoku Master is a game that’s convenient to play, thanks to it having some very helpful features.

The “Undo” button is great when you make a mistake and want to remove a number from the board. You can use it as much as you want to without any punishment. 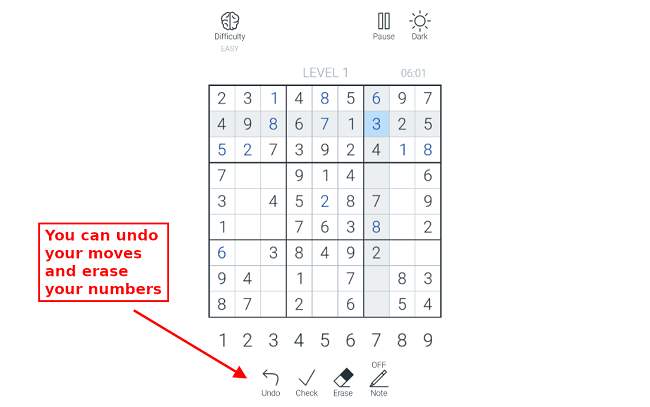 There’s also an “Erase” button that you can use to remove any number from the grid, as long as you added it.

If you’re an experienced Sudoku player, you can also help improve the game! There’s a “Let’s Improve” button in the main menu that you can use to send ideas to the creators of Sudoku Masters.

If you’re interested in playing more Sudoku games, PlayOrDown features a variety of titles that all offer a different experience – check them out!